Two soldiers were martyred while seven terrorists were gunned down in a fire exchange that took place between security forces and the terrorists , the military’s media affairs wing said on Sunday.

In a statement, the Inter-Services Public Relations (ISPR) said the IBO was conducted on the information of the presence of terrorists in the general area of Ghulam Khan Kalle, North Waziristan District.

During the operation, the terrorists exchanged fire with the security and the troops effectively engaged the terrorists resultantly, 7 of them were killed.

Weapons and ammunition were also recovered from the possession of killed terrorists. 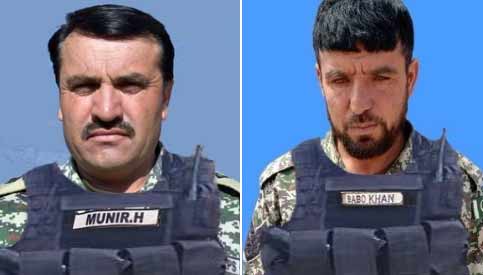 While area clearance is being carried out to eliminate any other terrorists found in the vicinity.

Ashura being observed with religious fervour throughout country

Aug 9, 2022
Youm-e-Ashur is being observed throughout the country today (Tuesday) with reverence and religious fervour to pay…

Karbala tragedy a great lesson for humanity, especially for Muslims:…

Youm-e-Ashur to be observed with religious devotion in GB

Ashura being observed with religious fervour throughout country

Youm-e-Ashur to be observed with religious devotion in GB