How does blockchain work?

You might have heard of people discussing “blockchain” in one or two discussions regarding bitcoin or cryptocurrency, and wonder, “what is a blockchain?” 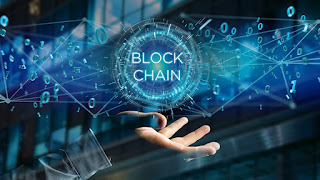 Blockchain is a distributed peer-to-peer network structure where data is recorded digitally and shared.

In other words, in blockchain technology, users have control over data as it is a decentralized system; compared to Web2 or the worldwide web where users are mere products and controlled by an authority.

Blockchain technology is a complex concept that might be hard to understand for some individuals, especially those who aren’t familiar with IT stuff. Sometimes people call blockchain and bitcoin the same, which is quite wrong.

Seeing how much potential and opportunities it holds, having basic knowledge about the blockchain industry is essential to keep up with the fast-paced world. So here’s everything you need to know about blockchain.

How is data stored in a blockchain?

One of the main aspects of blockchain technology is data storage. Blockchain comprises two terms, ‘block’ and ‘chain.’ ‘Block’ is where all the data is stored as a public ledger, and users within the network can easily access it.

Once a block is filled with enough data and a pre-condition is met, it is completely closed and almost impossible to change. Then, a new block is created and linked to the previous block, which forms a ‘chain’.

Therefore, a blockchain is a chain of blocks containing data. Blockchain is also known as Distributed Ledger Technology (DLT).

This technology is considered to be more transparent and democratic in terms of data storage and sharing. It uses certain features and tools to ensure that data is secure and accessible. Some of the tools you should be aware of are:

Nodes: Nodes are a framework of a blockchain that stores copies of the distributed ledger. Companies and individuals use nodes to create applications and other services within a blockchain.

Blockchain technology uses smart contracts and nodes to maintain its transparency and decentralization while giving a platform for individuals to perform various transactions.

To make it easier to understand how blockchain works and stores data, here is an example:

Google Docs has a feature where you share the link of a file with selected individuals and only they have access to the files. Everyone can edit, comment, and suggest in the file. It also has a version history that they can view to see when and who made changes.

Blockchain works the same way. It is a distributed ledger system that only a few individuals with granted permissions can access and every change made within the ledger is verified by every person within the network. Nodes is the application Google Docs itself where transactions happen and smart contracts verify data to be stored in the block.

Blockchain is the new future!

As blockchain technology records data, it has opened gateways for decentralized applications and its own finance system that is completely separate from the traditional economic system.

Businesses and industries are slowly transitioning to blockchain networks to give better service and data storage transparency to the customers. Some of the most popular blockchain networks include Bitcoin, Ethereum, Solana, Polkadot, Binance Smart Chain, and many more.

By giving data ownership back to the user, blockchain is bound to transform the future of the world.

How Blockchain can make Pakistan elections “Free and Fair”?

Every Pakistani demands “free and fair elections” to elect the President and Prime Minister of Pakistan rightfully. What if blockchain could make this demand a reality?

For the past century, the Pakistan Election Commission has been constantly struggling to earn voters’ trust. Blockchain can be the solution to all the electoral problems.

As mentioned above, blockchain technology feeds data into a digital ledger permanently, while maintaining the anonymity of the user. If it becomes part of Pakistan’s voting system, only verified ID individuals will be able to vote once anonymously and politicians can access the ledger to see the election results.

By adopting the blockchain-based electronic voting system, Pakistan can become an authentic democratic state through free and fair elections! 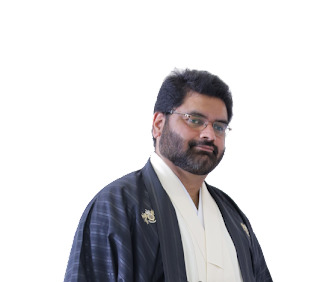 Asif Hameed is an overseas Pakistani who has been living in Tokyo, Japan, for 25 years. He marked his recognition in the Japanese market as a prominent businessman and start-up investor and continues to grow his business in IT-related investments, Independent Writer and Blockchain projects worldwide. Knowing the essence of Blockchain and Crypto in today’s technological ers, he start NFTStudio24.com, One solution news platform for Blockchain and the NFT world.

“In my own life philosophy, I think that your goal in life is to make good things happen for the people in your world, those you love, those in your neighborhood, and those throughout the world,” then you are on the right track. It is my mission to assist you in transforming your ideas into successful realities.

Japan-based Pakistani block chain company NFTStudio24 is on a mission to educate Pakistanis about Cryptocurrency, NFTs, and Blockchain technology through its platform.

El Salvador 1st country to have Bitcoin as official currency

Rescue operation continues as Sherani fire gets out of control

May 23, 2022
Rescue operation in the Sherani sector of Sulaiman Range continues on Monday as the fire is getting out of control.…

One killed, three injured in road accident in Khushab

Oil climbs in tight market as US driving season looms

US would intervene militarily if China uses force to take over Taiwan:…

Oil climbs in tight market as US driving season looms

Business community offers support to steer country out of crisis